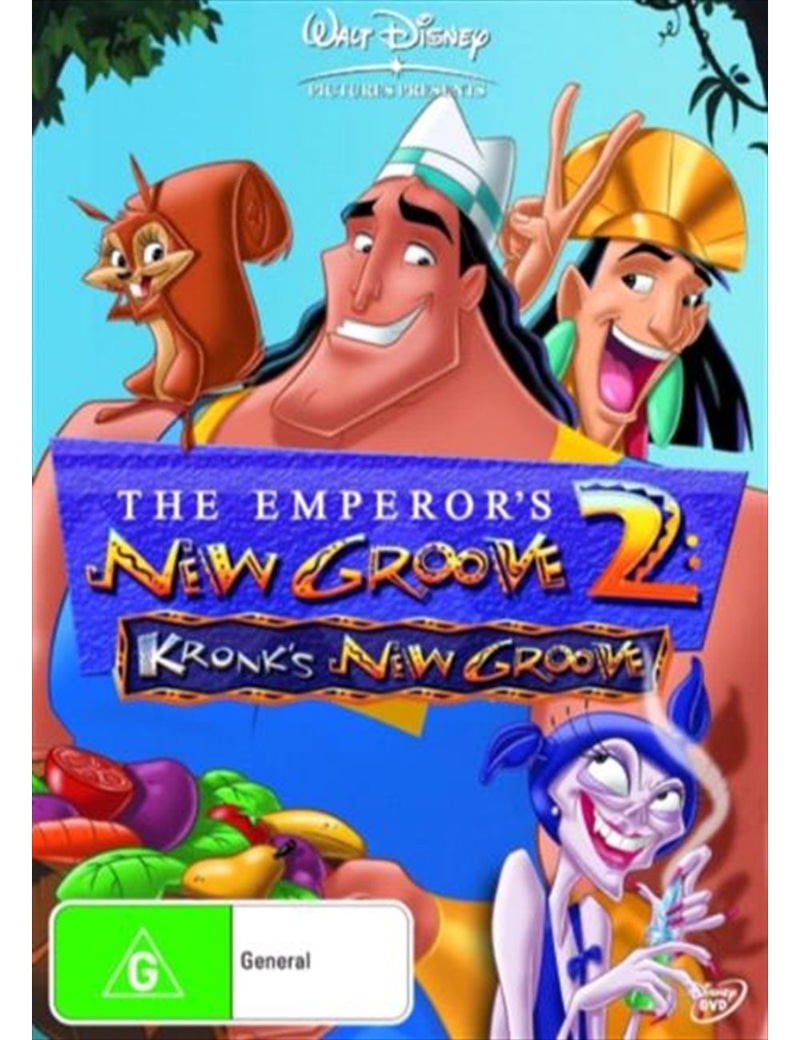 4 interest free payments of $4.75
No refunds for Change of Mind for this item provided by third-party sellers

Get back in the groove with Disney's hilarious all-new movie. After his wild adventures with Pacha and Emperor Kuzco, lovable lug Kronk, Yzma's former henchman, has happily started a new life as the head chef in his very own diner. However, an all-new wacky adventure begins when a llama-gram arrives telling him that his father is due for a visit. Before you can say "squeaker, squeak," Kronk is cooking up trouble with the sly enchantress, Yzma, trying to make himself look like a success in time for Papi's arrival. After a bunch of big blunders and a massive cheese explosion in the restaurant, Kronk finds himself covered in a heap of trouble. It is only with the help of friends both old and new that Kronk learns to be true to his groove.