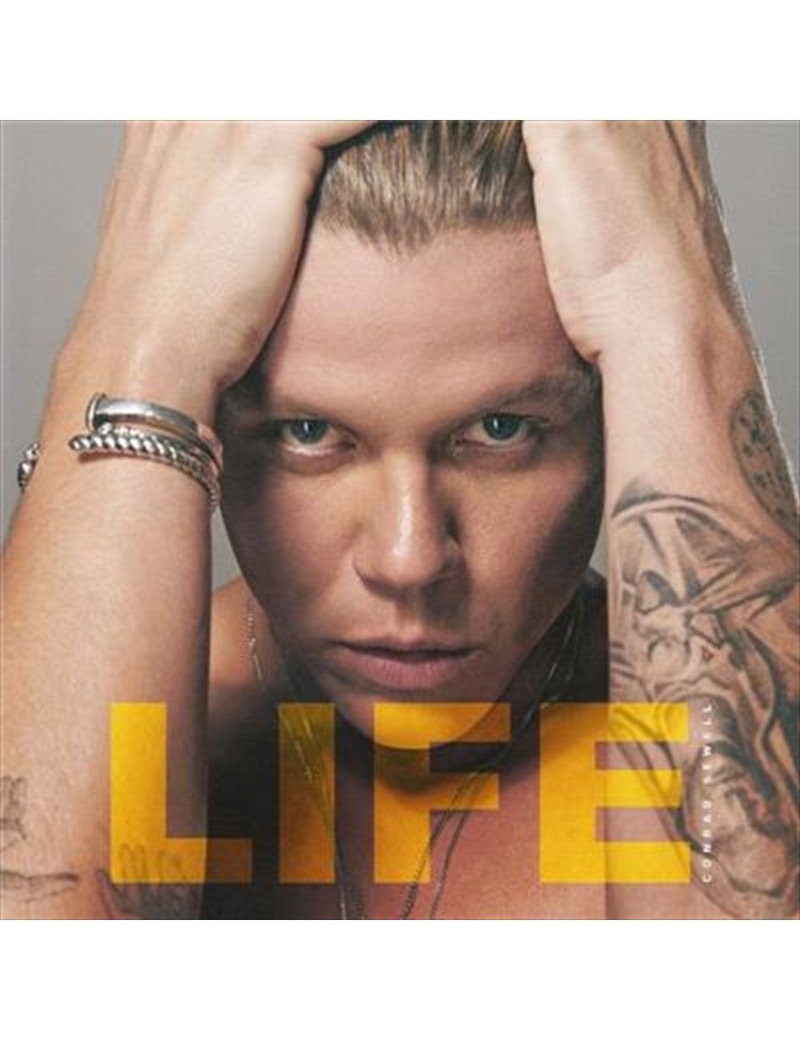 4 interest free payments of $5.00
No refunds for Change of Mind for this item provided by third-party sellers

The past four years have been an emotional and professional rollercoaster for Sewell, seeing him hit many career milestones, landing his first ARIA Award for Song of The Year with his breakout ARIA number 1 hit Start Again, amassing nearly 1 billion streams as the vocalist on Kygo’s RIAA platinum hit Firestone, touring with Ed Sheeran, Maroon 5 and Kygo, performing on some of the biggest stages around the globe including Maddison Square Garden and Coachella, joining forces with the late Avicii on Taste That Feeling and bringing Sex, Love & Water to life for Armin van Buuren.

Conrad Sewell’s debut album has been a long time coming but it’s that same time that has ensured that this release is as authentic as possible. The Brisbane based singer-songwriter made his breakthrough into the industry in 2014 through the Kygo collaboration ‘Firestorm’ and from there he topped the ARIA charts with ‘Start Again’ and captivated listeners with the infectious ‘Who You Lovin’ and ‘Hold Me Up’. But something didn't feel completely right for Sewell. The music he was releasing was catchy and had substance, but it didn't completely show listeners who he was as an artist the way he wanted it to. So that’s when ‘LIFE’ was born. This bold and artistic collection of tracks hears him finding his sound, bearing his soul and delivering something different that stands out. The gritty opener ‘Testify’ perfectly sets the tone for this confessional themed record that soars with his powerful vocals. From there the singles ‘Changing’, ‘Healing Hands’, ‘Love Me Anyway’ and ‘Come Clean’ introduce a gospel influenced sound that takes his sound straight to church and projects the emotion in a big way. Title track ‘LIFE’ follows these songs in their footsteps and opens up about falling in love with that one person who makes you feel so comfortable and calm. ‘Light In The Dark’ then gets a little moody and experimental with the production and adds some dark harmonies to compliment the storyline. “I lie awake, contemplating life like a river running wild you can't contain”. This record does have a very cinematic touch to it and songs like ‘Neighbourhood’ and ‘City Of Angels’ represents that vision well, whilst ‘Big World’ takes it to a whole other level. From the opening line, you will be drawn into this autobiographical recount. It’s also a song that will come to life in his live show and be a very memorable moment because of it’s bold production. And that’s the strength of this record. It’s bold, authentic and real and has a versatile approach to how he unveils his vulnerability.
See more from Thomas on his website